Can we get back into the export game? 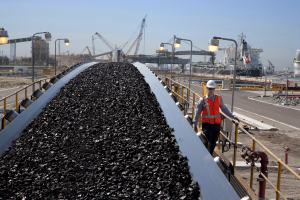 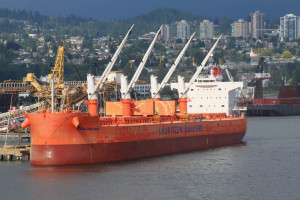 are differences between a true partner that we have such as Canada and Mexico and other partners like china. Canada is our number one trading partner and they are a true partner in every sense of the word and the reason being is because we might export raw material to Canada, they might turn that raw material into a small part that gets imported back to the US to be put into a motor that might be exported back to Canada again to be put into a piece of machinery that might be imported back to the US to be put in an automobile that yet again might be exported back to Canada as a full-blown car. The average product that comes back and forth from Canada or Mexico into the US crosses the border two or three times, that’s a true partnership. What we get from China and Japan is a one and done, we import plastic bottles that we use it and then throw away

NAFTA, trading practices and policies are the tools that build true partnerships, without being polemic, and we all know from the last presidential debates that we have lost a lot of low-end jobs into Mexico, but no one told that this is where we are failing to compete in the global economy, certainly US have lost low-end jobs to Asia and Mexico, but what US should emphasize is educating our workers and students toward high level jobs, the kind of high level jobs that pay 20, 30 & 40 dollars an hour, and those are some of the jobs right now that are going unfilled because we don’t have the labor but at the same time we are not educating our students to take those jobs, US should start shaping a different kind of economy, an economy driven by exports, powered by low-carbon, fueled by innovation and rich with opportunity. A vision where we export more, we waste less, we innovate in what matters, we produce and deploy more of what we invent and we ensure that the economy actually works for working families, the next economy must also be largely metropolitan in form and in function, our major metro areas in the US generate nearly  three-quarters of our gross domestic product, we may be nostalgic about small-town America but it is Metropolitan America that drives our national economy and determines our national prosperity, in this vision we must start with exports and our need to fully engage the world.

Visualize an economy where more firms in more sectors trade more goods and services seamlessly with the world, particularly with nations that are rapidly urbanizing and industrializing, why exports? Because we have crossed an economic Rubicon, together Brazil, India and China, also known as the BIC’s are expected to account for about a fourth of Global GDP, BIC’s already surpassed USA for the first time in 2015, the BIC’s share grew more than 25% this means that the rise of the BIC’s reflects the rise of Metro’s; for the first time in recorded history, more than half of the world’s population lives in cities and metropolitan areas, and by 2030 the metropolitan share will grow to 60%, rising nations that are rapidly going metro will power the world economy and drive global demand, the locus of economic power in the world is shifting; the top 30 metro performers in the last year are almost exclusively located in Asia and Latin America while the 30 worst metro performed are nearly all located in Europe and US.

The United States needs to reorient its economy to take advantage of this global demand, as an example we have that back in 2008 exports made up only 13% of the GDP of the US compared to 36% in China, 35% in Canada and much higher levels in India, Japan and the entire EU, these indicators haven’t improved yet. We have that the movement of freight in the US is compromised, undermined by transport networks that are clogged and congested and an infrastructure that we all know is third class 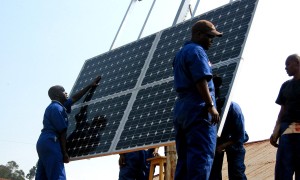 and culturally, Americans don’t get out much; only about 28% of US citizens have a passport, so can we get back into the export game? We think the answer is decidedly yes, we still manufacture a range of advanced goods that the rest of the world wants, spacecraft, aircraft, electrical machinery, high precision surgical instruments, high quality pharmaceutical products, we already have a trade surplus in services reflecting in the past numbers of over a hundred and fifty billion dollars in recent years and we are poised for a quantum leap in the export of high value services, America’s potential for exports is hidden in plain sight.

The US four largest exporting metropolitan areas NY, LA,  Chicago and Houston, are super size performers; exporting  more than 50 billion dollars each one in recent years, other  major metro’s such as Dallas, San Francisco, Boston, Philadelphia, Detroit and Seattle are also global players,  exporting more than 24 billion a piece in recent years; we  must take advantage that China’s exports are starting to drop and plan ahead; all we need is to focus on integrating immigrants and equipped workers for the skills they need, made manufacturing a priority again and devise and develop trade strategies to boost exports in our metropolitan areas.

3 Types of Insurance You Need for Your Import/Export Business